Is This Floating Spherical Home a Glimpse of the Future? 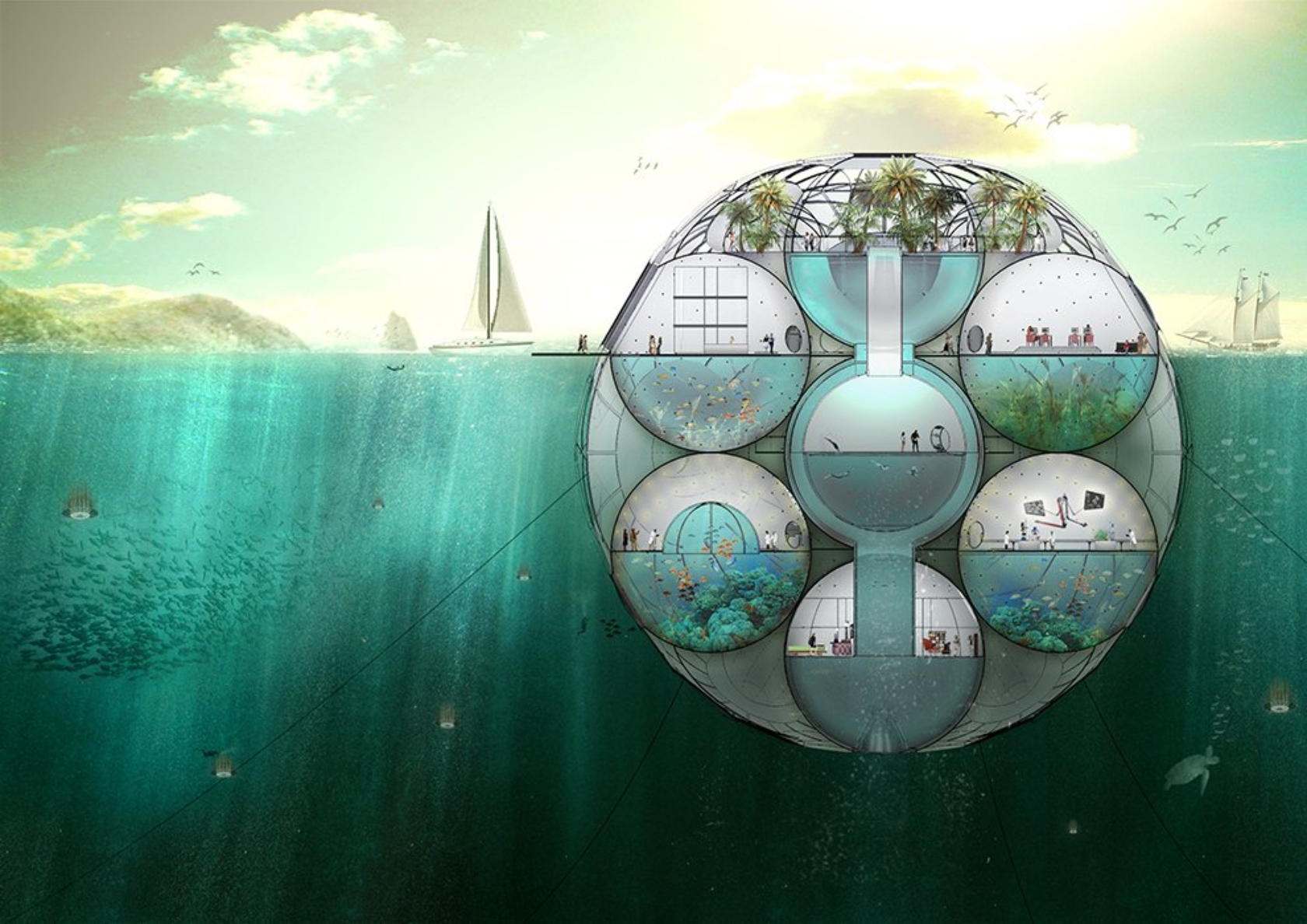 I’ve seen (and written about) virtually every floating house design imaginable, from the humble Exbury Egg to the massive Project Venus. There’s one pervasive trend that I’ve noticed in just about every design: aquatic architects tend to care about form more than function.

I guess that shouldn’t come as a surprise. You’re not going to get people excited about your design if it’s ugly. Plus, anybody rich enough to fund a floating house would also be rich enough to allow the architect to go buck wild with the design.

Most of the time when I come across a plan for a massive floating city or a submerged skyscraper, the first thing that goes through my head is, “That’s a neat idea but it’s much too expensive or impractical to ever see the light of day.”  This futuristic floating home, however, breaks the trend. It is quite beautiful, but the designer clearly didn’t throw logistics to the wind (or to the waves, as it were) when he imagined this amazing floating home. 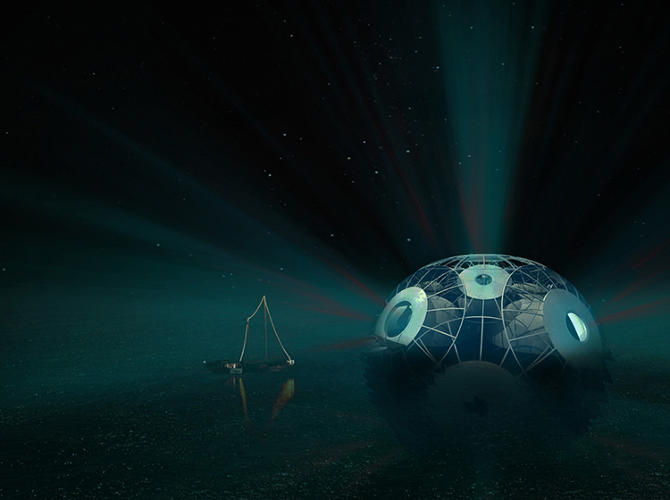 This floating sphere is composed of a number of smaller, spherical rooms, most of which are devoted to daily upkeep and maintenance. The blueprints are in French, so you’re going to have to bear with me on this one.

The bottom-most sphere is the saltwater intake room. From there, salt water is pulled upward into the middle chamber where it is desalinated, before finally rising to the upper-most sphere for fresh water storage. The surrounding spheres are similarly devoted to monitoring the conditions of the surrounding water. The bottom-left sphere, for example, would allow residents to monitor the acidity of the water while the upper-right sphere would cultivate microorganisms to grow biodiesel.

Perhaps my favorite thing about the design is that most of it is underwater. Architects aren’t known to be subtle — they tend to create flashy, over-the-top designs that scream “Look at me!” That can be a problem with aquatic architecture, because the more stuff you put on display above water, the more complicated it becomes to keep all of those structures afloat. In contrast, this floating sphere isn’t terribly concerned with putting on a show. The sphere would be incredibly stable since so much of it is underwater, even during intense storms or hurricanes.

Additionally, the architect designed the building from the ground up, with the intention of making it as self-sustaining as possible. I can’t tell you how many times I’ve come across an architect who has envisioned a luxury floating mansion that’s on par with most cruise ships, and then has the gusto to call it “self-sustaining” just because they slapped a few solar panels onto the roof. That’s just not how green energy works — most of the real estate has to be devoted to energy conservation, otherwise you’re going to end up with an energy deficit.

Since only the above water portion of the sphere is devoted to housing, this futuristic house might actually be a viable design. I mean, they’d probably have to ditch the spherical rooms. It’s a neat idea to make the rooms mirror the shape of the house itself, but spherical rooms are not even remotely space-efficient. Plus, I think it’s a bit idealistic to make the entire structure out of transparent materials. You’d definitely want a transparent roof so that you can take full advantage of the solar panels and the greenhouse, but making the bottom of the sphere transparent is a bit unrealistic. I guess even the most practical architects just can’t resist the urge to be flashy!

We can excuse the architect for those minor indulgences. At the end of the day, this floating sphere may actually be what floating houses look like 50 years from now: 75% function and 25% form.