Fort Worth Water Gardens- Shelter From the Sun

Yes, I should have told you to sit down before dropping that news, but it is true.   In Fort Worth, you have three months of average highs in the mid-90s, and five months of at least the mid-80s.   And that’s just average- it obviously can get a lot warmer, and “cooler than 97” is still very hot.  So, in order to make unbearable heat, while, bearable, cities have used water-based architecture and monuments to cool their citizens down.  The Fort Worth Water Gardens are one of the prime examples of this.

Completed in 1974, the water gardens are a “cooling oasis in the concrete jungle” of Forth Worth.  If you have never been to the Dallas-Forth Worth area, you know that concrete jungle is a good description.  Forged from the cruel and steaming wastelands of northern Texas, the cities are a monument to expansion and man’s ability to build life out of anywhere.  But these oil cities, initially built as reaction to a boom, lacked a vital sense of community, which, historically, was built around water. 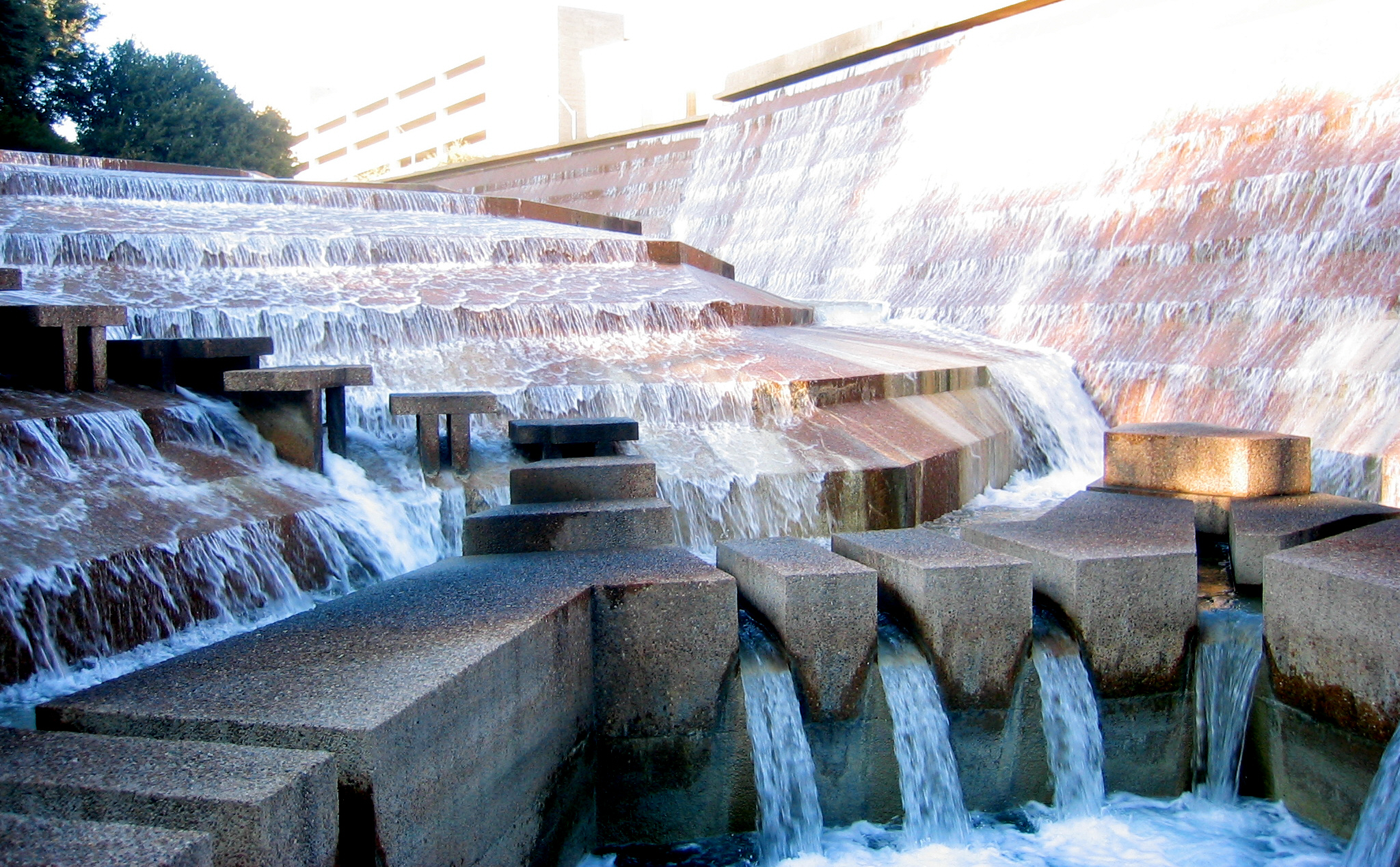 This is a way to get in the water, to be splashed and to splash and to cool yourself, getting away from the beating Texas sun and its relentless building-driven reflection. It connects, obviously, with a very physical need.  It provides an oasis, some relief from the heat, and that is important, but it might not be too much to say that it addresses a more primal need.  After all, if it was just about getting cool, they could have just built a huge air-conditioned room and opened that to the public.

In modern cities, it is easy to feel disconnected with nature.  Cities are unnatural, in a very literal sense. (though, as William Cronon points out in his amazing Nature’s Metropolis, farmland is just as unnatural and man-made- fields of tended barely are no less inherent to the earth than a skyscraper. But never mind.)   There is often a sense of alienation, not just due to crowds and the chance of getting lost, both on the street and in yourself, but due to the separation from the primal factors.  Water just comes from a tap, and food is all pre-made. I think that mindset is what the water garden is trying to combat.   The constant sound of rushing, tumbling, and gurgling water both grounds you and releases you from the honking and the roaring of a modern megalopolis.   There is something eternal about water in a way that even our concrete monoliths can’t match.  In a situation like this, it has a quiet and reassuring power. 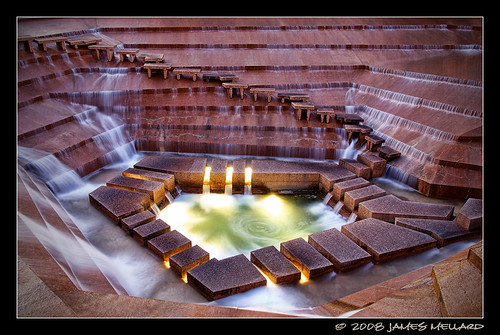 It isn’t a coincidence that the steps resemble rocky perches in the middle of a river.  You are meant to feel connected with nature, away from the city, but still part of its throbbing hum.  You are reminded that man needs water, and shown how our architecture can’t get away from it. We’ve shown that time and time again here.  Look around.  Or just listen.  Like you are a human dowser’s wand, Water will draw you to it.