Fish tanks are becoming increasingly popular in hospitals and medical centers all over the world. This is because they can help lower blood pressure, increase patient satisfaction, and calm people down. If you own a hospital or a medical center, you should think about installing an aquarium not only to calm your customers but also to keep your staff at ease. There are several benefits of having an aquarium in a hospital or medical center that you should know about! 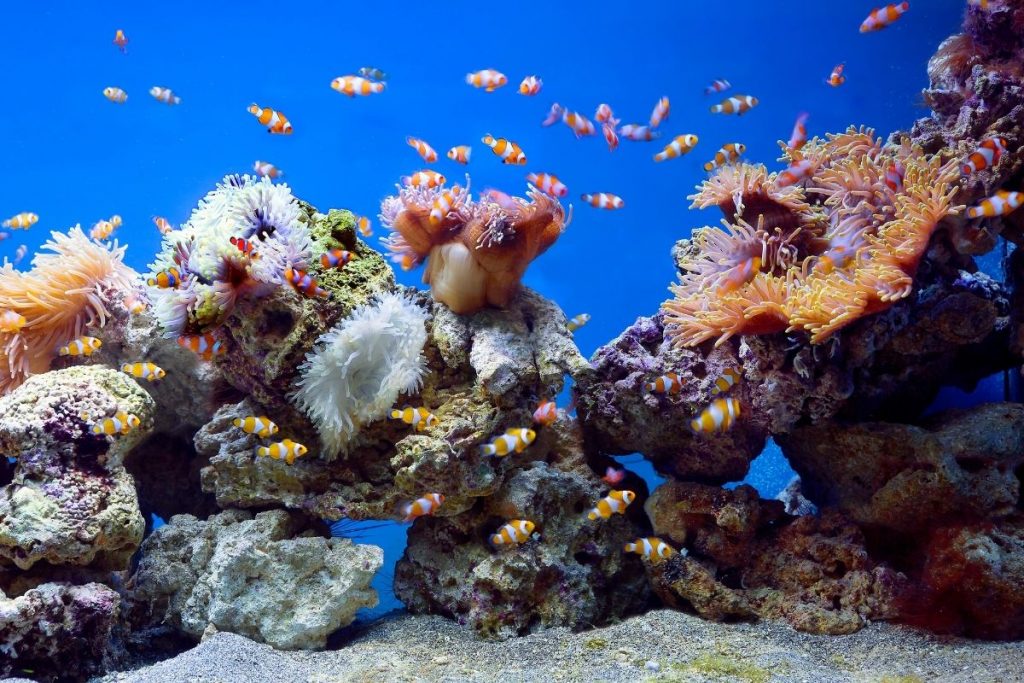 Fish tanks are low-tech therapy machines. People have been shown to have better health after being around large amounts of water for extended periods. One reason is that the sound stimuli from waves hitting a shoreline puts patients in a relaxed state. This means that your body produces serotonin which helps reduce levels of stress hormones.

Studies have shown that when participants were asked to view fish tanks, they exhibited positive mood changes, higher alertness levels, and more control over their emotions. Studies have found that people’s heart rates were lower in a room with just the sound of water than one with a hospital’s usual sounds. The benefits of aquariums in medical settings extend beyond just stress relief. 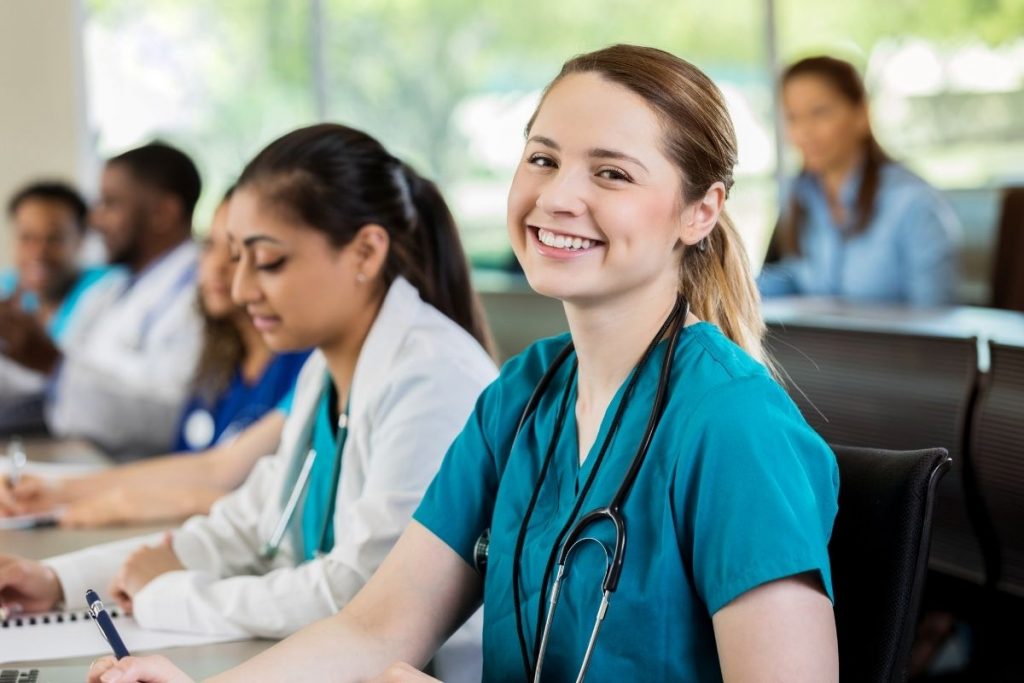 Fish tanks can help reduce anxiety in patients who are about to undergo medical procedures or who are suffering from chronic pain. Patients experience improved moods and report feeling less anxious when viewing aquariums, which is especially helpful for kids with cancer, older adults recovering from strokes, and others who need extensive treatment.

This relief may be due to the fact that fish tanks take away one’s focus by changing how our brains process visual stimuli. Many studies have shown that watching fish swim around reduces stress levels, which helps calm down patients before they go into surgery or receive life-saving treatments. 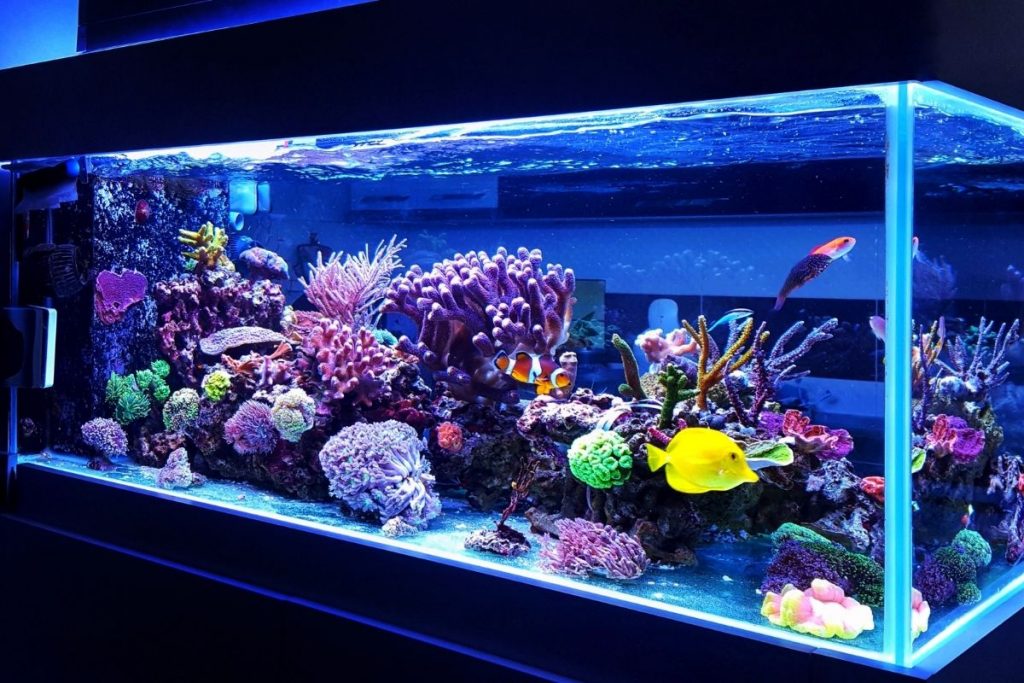 Fish tanks can also help patients make a faster recovery from sleep disorders. People who have trouble sleeping often see improvements in their sleep patterns after spending time around fish tanks. This is because water helps make a room feel calmer, and it reduces the number of noises people typically hear at night. An aquarium usually emits a soft hum, which masks noises that would otherwise keep you awake all night long. Fish tanks can improve creativity for some people because they provide a peaceful atmosphere. This helps some who suffer from attention disorders while also increasing the quality of life for patients and visitors. 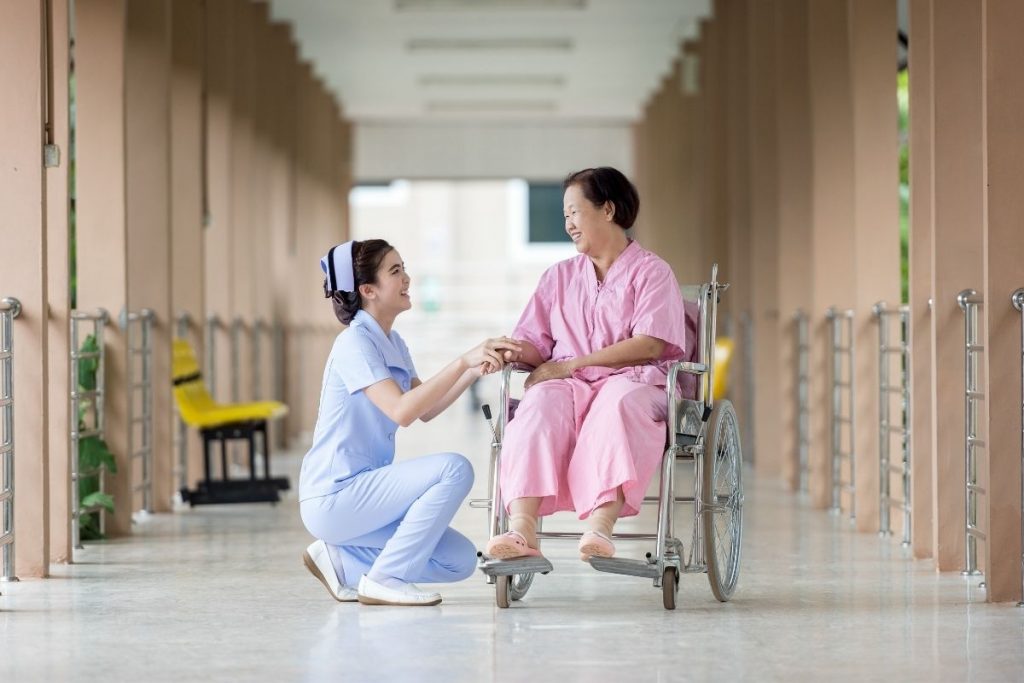 One of the most popular reasons for getting a fish tank is that they help stimulate Alzheimer’s patients. Research has shown that fish tanks can make an enormous difference in their lives. A study at Purdue University studied the effects colorful fish tanks had on Alzheimer’s patients. They found that looking at aquariums helped them calm down and improve their eating habits. Yelling and physical aggression also decreased thanks to the presence of an aquarium.

Benefits of Aquariums for Hospital Staff

When you get a fish tank for your hospital or medical center, you should also think about the benefits to your employees. Studies have shown that having an aquarium in a hospital can improve health and job satisfaction among staff members. Nurses who work with children were found to have better scores on their anxiety tests after looking at a fish tank for just 20 minutes.

Other benefits have shown hospital staff feeling happier when they saw an aquarium filled with colorful fish, which gave them something pleasant to focus on while caring for sick patients. This helped reduce anxiety levels related to work and other symptoms associated with stress and depression.

The above article shows how an aquarium can improve a hospital’s atmosphere for the better. Think about whether a fish tank is the right fit for your medical center or hospital, and contact Okeanos Aquascaping of New York today to get started on building your custom aquarium.