In the last decade, “green rooftops” have become an important instrument of urban environmentalism. Green rooftops are typically a bunch of plants literally planted on a roof- a layer of dirt (or another “planting medium”) and a drainage layer are installed over an insulation layer on top of the roof. The benefits of this are more than just a garden in the sky. A rooftop garden dramatically lowers energy costs by providing extra insulation, with the added benefit of prolonging the life of heating and other HVAC systems. Additionally, a collection of them can even help lower the temperature of a city by absorbing heat that is otherwise dispersed around the sweltering downtown canyons.

Green rooftops help to collect rainwater as well. This helps to lower the amount of storm run-off that floods sewer systems during rainfalls. In fact, it is estimated that green roofs can absorb (and obviously use) 70-90% of rainwater during the summer. People are beginning to recognize that the collection of rainwater, and what can be done with it, is an important factor of green roofs. Collecting rainwater isn’t new, of course. But people are beginning to recognize that this collection doesn’t have to be merely utilitarian- it can also be beautiful. A roof can become a garden with fully functioning, and functional, ponds. A roof becomes a green roof, and a green roof become blue. 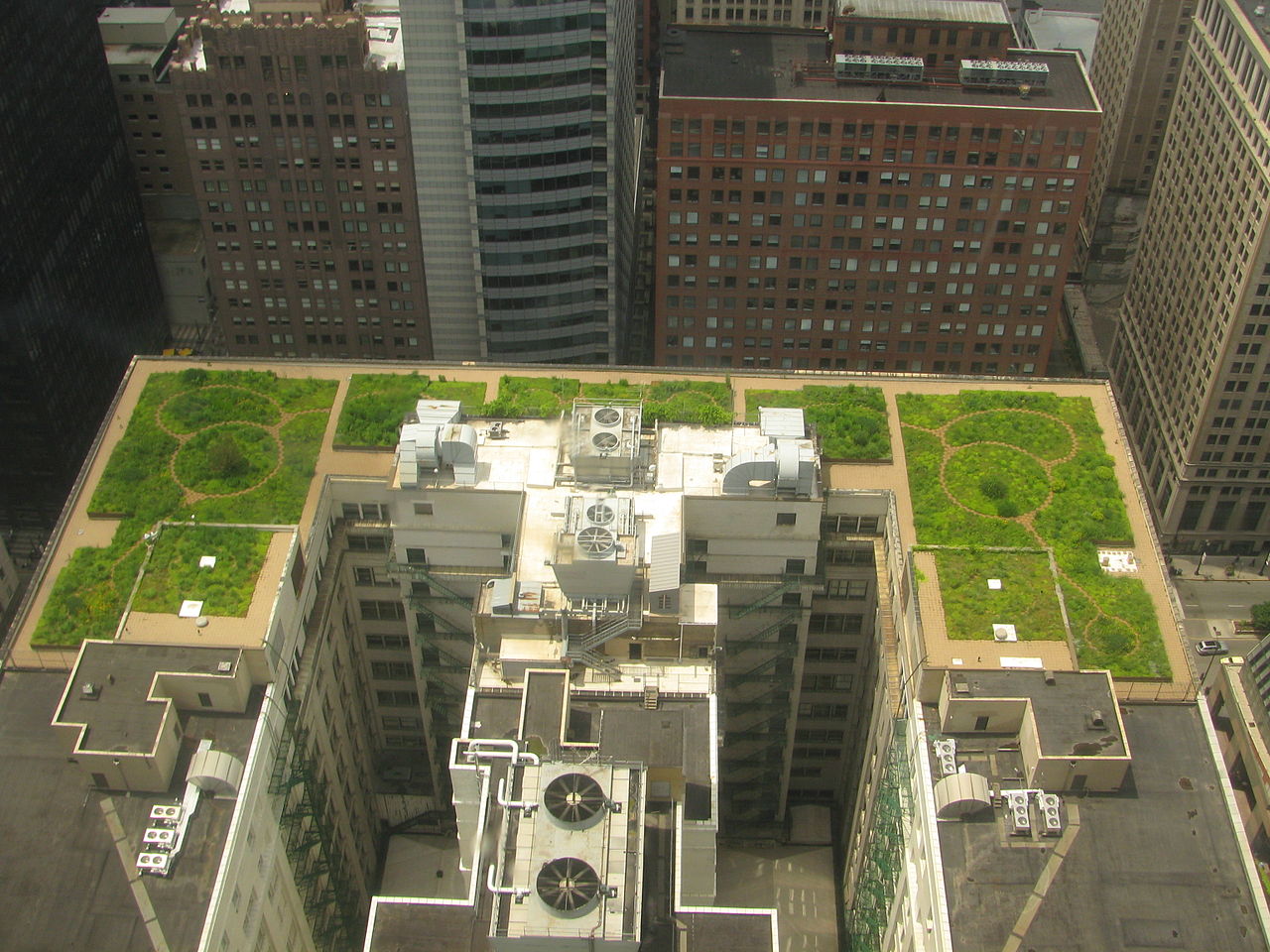 A pond on top of this would enhance the benefits of a green roof.
Image from wikipedia.com

Here are a couple of huge benefits of a blue roof.

This is especially important in developing cities or places with extensive flooding. Rainwater has to go somewhere, and it generally goes into a river or sewage system (which eventually goes to a natural body of water).  A blue roof on every building captures a substantial portion of rainfall, and can store it, dispersing it incrementally or even not at all. A green roof can do this as well, but not as efficiently or comprehensively as a blue roof.

It is estimated that a shallow roof pond with an extensive garden can reduce heating costs by as much as 20%, and that is for buildings that haven’t been designed to incorporate new energy models, and thus are naturally inefficient. With newer buildings, specifically designed with green roofs in mind, the benefits can be even greater.

It’s one thing to have a bunch of plants and a shallow pond on a roof; it is another thing to make it beautiful. It would be great if green and blue roofs could be sold entirely on environmental benefits, but we both know that’s not always the case. But a blue roof can also provide a gorgeous escape from the urban stew, from the sweat and the grime on street level. The only place to escape from that now is in your office or a store, and really: how relaxing is that?

But imagine this. You come off the streets and into the elevator bank, and take it to the top. There you are, 30, 40, 50 stories above it all. But you aren’t on tar-paper and gravel. You’ve stepped into a garden, a jungle, with footpaths carrying you over the soft trickle of water and beguiling you into a thicket of plants. There are some chairs and tables, and you sit next to the pond and eat your lunch or just relax, the sounds of the street faded at this height, muffled by distance and the trees, as remote as someone else’s dream. 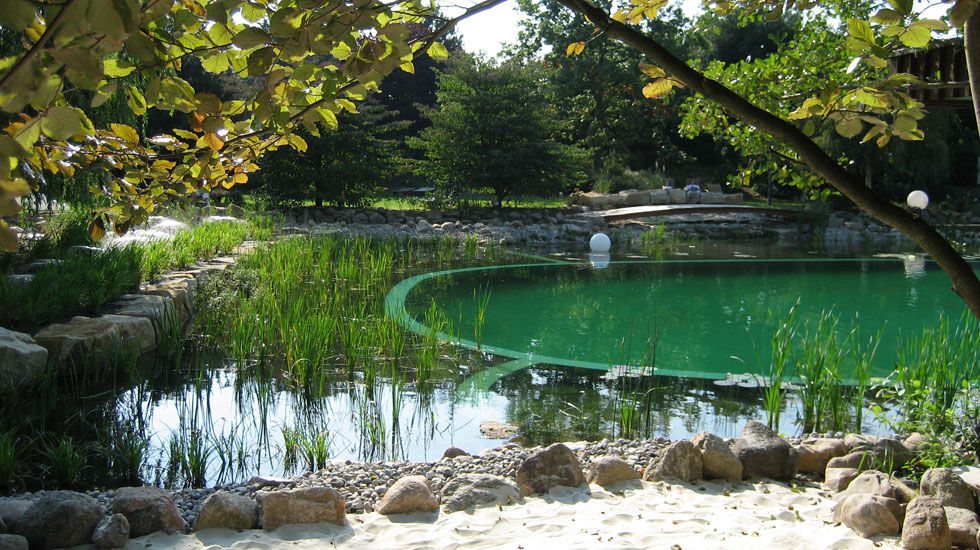 Imagine this on a rooftop- just imagine!
Image from archixpo.com

And it is all natural. The plants are in dirt and are watered by the rain. The water isn’t trucked up here by pipes; it fell from the sky. And there is a lot you can do with a natural pond- you can have waterfalls, running water, anything.  It is a new field, and people aren’t yet taking advantage of the aesthetics the way they are with green roofs, but it is a sure bet: soon enough, most buildings will have a blue roof, and the city, that wonderful thicket, will become a more peaceful and relaxing place, with escape a few stories away.