5 of the Most Beautiful Lighthouses to Inspire Your Aquascaping

The thing I love most about aquascapes is how they combine land and sea into a beautiful, cohesive whole. It’s rare to see a piece of architecture that adds the sky into the mixture, but there is one commonly adored building that represents the gorgeous trinity of sea, land, and sky: lighthouses.

Between their ship-saving lights, their instantly recognizable shapes, and the fact that they’re almost always at a beautiful location, lighthouses have captured the hearts of mariners and architecture fans everywhere. So, to give you a bit of inspiration with your next aquascape, here are some of the most beautiful lighthouses from around the world.

This humble lighthouse sits atop an equally unassuming island. This is the perfect getaway for people who love to escape from the hustle and bustle of everyday life — and here’s the best part: it’s up for rent! You can stay at the lighthouse for the absurdly low price of $650 per week!

This 90 foot tall lighthouse was built back in 1818 after a ship sank in the waters off the coast. The beautiful white building and the rocky cliffside make this one of the world’s most iconic lighthouses.

This clocktower-lighthouse hybrid is the Southern-most lighthouse is Germany.

But isn’t the German coastline on the north? Yep! The Lindau Lighthousekeeps sailors safe as they cruise across Lake Lindau, which stretches across the Germany-Switzerland border.

Leave it to the Japanese to put a modern spin on an old classic. The Enoshima lighthouse has a bare steel frame that leaves the spiral staircase plainly visible. That would probably be the lighthouse’s most eye-catching feature if not for the fact that the lighthouse gradually shifts between different colors. 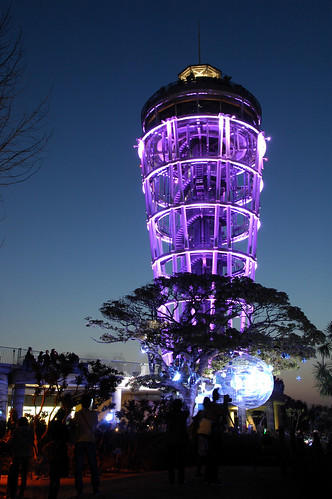 It’s not surprising that Japan made a second appearance in this list. They are an island nation, after all. Anywho, the Yokohama Lighthouse is similar to the Enoshima Lighthouse in that it is bristling with colorful lights, which fits in perfectly with the glittering Japanese skyline. They really seem to get a kick out of LEDs over in the land of the rising sun. Can you imagine how amazing it would be to see this lighthouse next to the famous firefly festival?