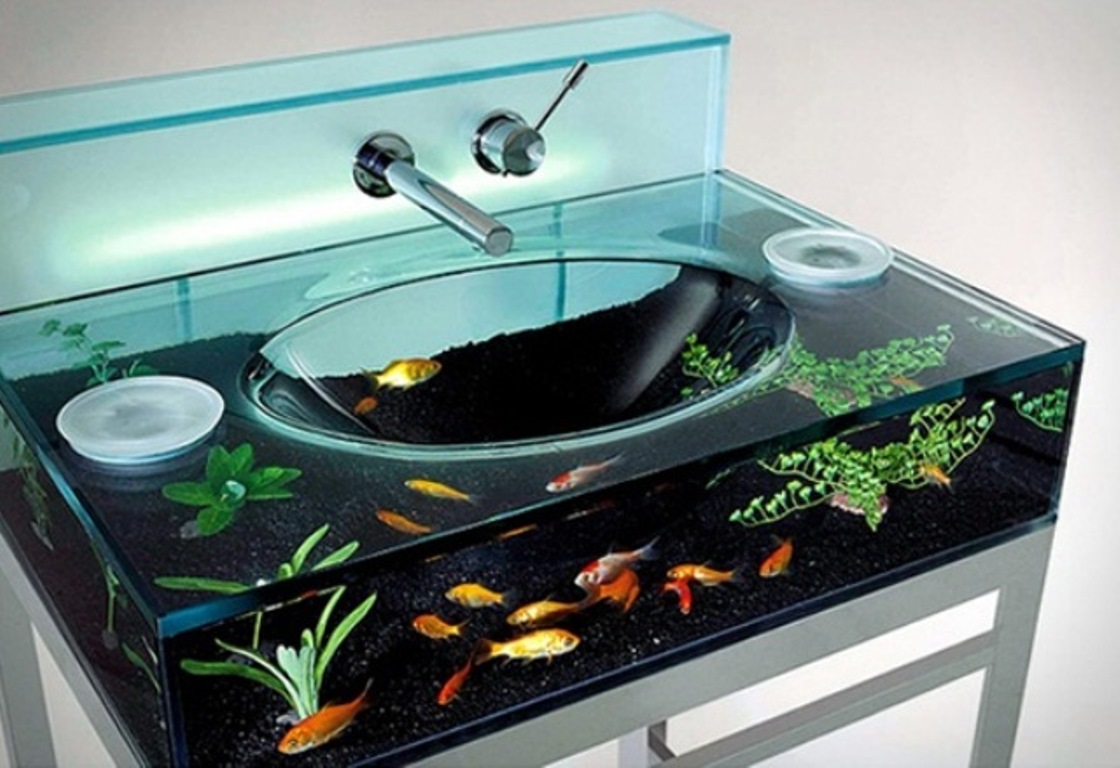 Your aquarium can be a reflection of your personality.
Image from Opulentitems.com via homeinteriorproject.blogspot.com

On this blog, we’ve discussed everything you can put in your aquarium, from the tamest plants to the scariest sharks. We have countless articles about how to build and maintain your aquarium, and the best places to put it. But most of those articles are geared toward people who already have an aquarium, or have made up their mind.  A lot of them are for people dedicated to the hobby. But there is an area we haven’t covered well enough, and an audience we haven’t spoken to, and those are the people who are on the fence. There are a lot of people who might have toyed with the idea of getting fish, but simply think they’re going to have an ugly glass box with a couple of needy fish bubbling pointlessly around.

That doesn’t have to be the case. A company like Okeanos can deliver you an aquarium of your dreams, an extension of your personality. Here’s why your life will be better if you get yourself a design aquarium built with you in mind.

Like living flatscreens that you get to feed.
Image from architectureholic.com

The Only Limits Are Your Imagination

That isn’t entirely true: there are limits of cost and feasibility. You can’t have an aquarium without walls; that’s what we would call a flood. But other than that, there are few limits to what you can do. You can create nearly anything. If you like a modern and crisp look, all straight lines and symmetry, take a look at the picture above.  These people have a clean and airy room, where a huge box would look out of place. So they suspended a couple of flatter aquariums, which enhances the open feeling of the room. There isn’t anything formal or oppressive or traditional. The aquariums practically call for you to look at them while sipping a quiet cup of coffee while some kind of world music plays softly from hidden speakers.

A kitchen island that contains a sea. We’re through the looking glass, people.
Image from hotstyledesign.com

Take a look at that. You have a fully-functioning kitchen island that itself is a huge, living aquarium. Imagine setting out a plate of charcuterie and some wine while your friends sit at your island, knowing that there is a self-contained ecosystem living its life at your feet. It doesn’t have to be a kitchen island either- you can do this with almost any fixture. I would recommend you making an aquarium out of an entertainment system. (or is that making an entertainment system out of an aquarium?) You won’t know what to watch, but either way, you’ll be completely captivated.

A World Above Your Head

They say fish never sleep. I guess you’ll find out.
Image from hotstyledesign.com

See, here’s the thing about having a design aquarium: you have a chance to make a world. Everybody loves those Sims games. After all, you have a chance to create something out of nothing, to build a way for fake people to live. But that’s pretty boring compared to the world you can build in an aquarium. You get to choose. Salt-water? Fresh-water? Big fish? Little ones? A mix?

What I am emphasizing here is that getting an aquarium isn’t just about getting some fish so that you can prove to someone you’re responsible enough to get a dog. With a dog or a cat, there isn’t much you can do other than give them fun (and legitimately traumatizing) haircuts. With an aquarium, you can forge something out of nothing. At one point, there was a blank wall or an empty cabinet or a bookshelf that was going unused, the collecting dust reminding you of a nagging and aching need to do something. That something can be an aquarium. There wasn’t this world without you and your imagination.

So go nuts: dare to dream. There are those who will say that having an aquarium isn’t a hobby, but a way of life. They’re partly right. It’s a way to life.