Bring the Beach into Your Home with Tide Pool Aquariums

A little while ago I spent a week in California taking in the sights and enjoying the local cuisine. I got a bit sunburned and got a very noticeable flip-flop tan, but for the most part it was a blast! One of the most memorable moments of the vacation was when I stopped by Laguna Beach. I remember there was this large section of rock that jutted out into the ocean (seen in the picture below). The whole scene was absolutely beautiful!

What interested me most, though, were the tiny tide pools that were spread throughout the area. Tiny snails and other miniature sea creatures scuttled across these tiny saltwater puddles, oblivious to the dozens of tourists who were happily snapping photos of the beautiful beach.

I was struck by how much these tide pools reminded me of aquariums. So then I thought: why not make a tide pool aquarium inspired by Laguna Beach tide pools? 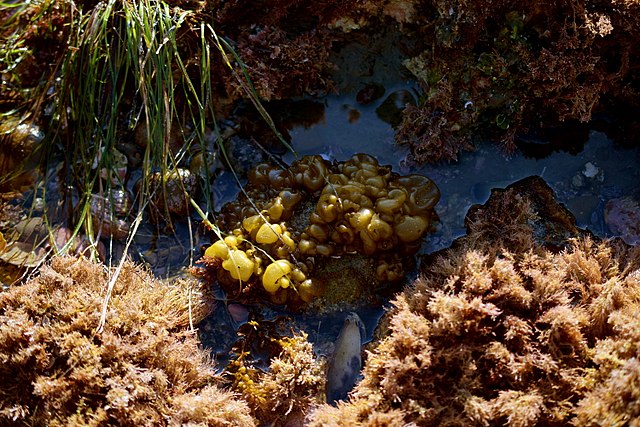 Tide water pools are incredibly versatile because they allow you to experiment with landscaping and aquascaping all at once. Unlike paludariums, which often feature a 50-50 split between land and water, tide pools only have a tiny amount of water. They’re basically just puddles set within massive rock structures. This sets the percentage at about 20% water compared to 80% land.

Obviously, you’re going to need to have a really killer landscape in a tide pool. The landscape in this aquarium below, for example, is truly eye-catching. Your landscape will probably act as the focal point for your art piece, drawing in viewers with its striking rock formations and hanging plants.

After the landscape has lured viewers for a closer look, that’s when you can really wow them with a beautiful aquascape. In tide pool aquariums, the aquatic ecosystem primarily acts as a complement to the rock feature. The tiny inhabitants and fine-grained sand draws attention to the thousands of little details in the art piece. The other big advantage of tide pool aquariums is that they invite people to explore the aquatic world with their hands. Many tide pool species can be picked up and removed from the water without much risk, so you can easily transform your tide pool aquarium into a touch tank.

Tide pool aquariums are a little bit different because it’s best to emphasize creatures that look good from the top. Starfish, crustaceans, snails, and other bottom-dwellers will give viewers an impressive show as they look down over the aquascape. You could even include a few amphibious creatures like crabs or frogs (if you created a freshwater variant) that like to leave the cool water to sunbathe on dry land. The only catch is that you have to make sure that your amphibians won’t make a break for it and end up scuttling across your living room carpet. You will definitely need to include high walls in an aquascape with amphibians. 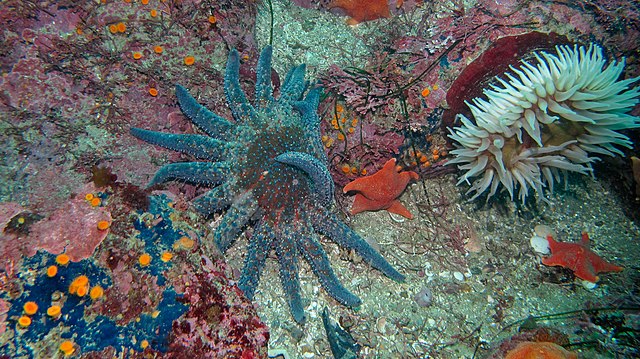 Everybody loves the beach, but most people aren’t lucky enough to live along the coast. Wherever you live, bring a little piece of the coast back to your home with a stunning custom tide pool aquarium. It would be like taking a long walk along the beach — but in your living room!